On Monday, Princess Cruises pleaded guilty to violating probation for the second time in a little over two years. The process was initiated by U.S. District Judge John Gleeson and entails submitting a revised Internal Control Policy as well as notifying both auditors of changes made to company policies since January 2019., 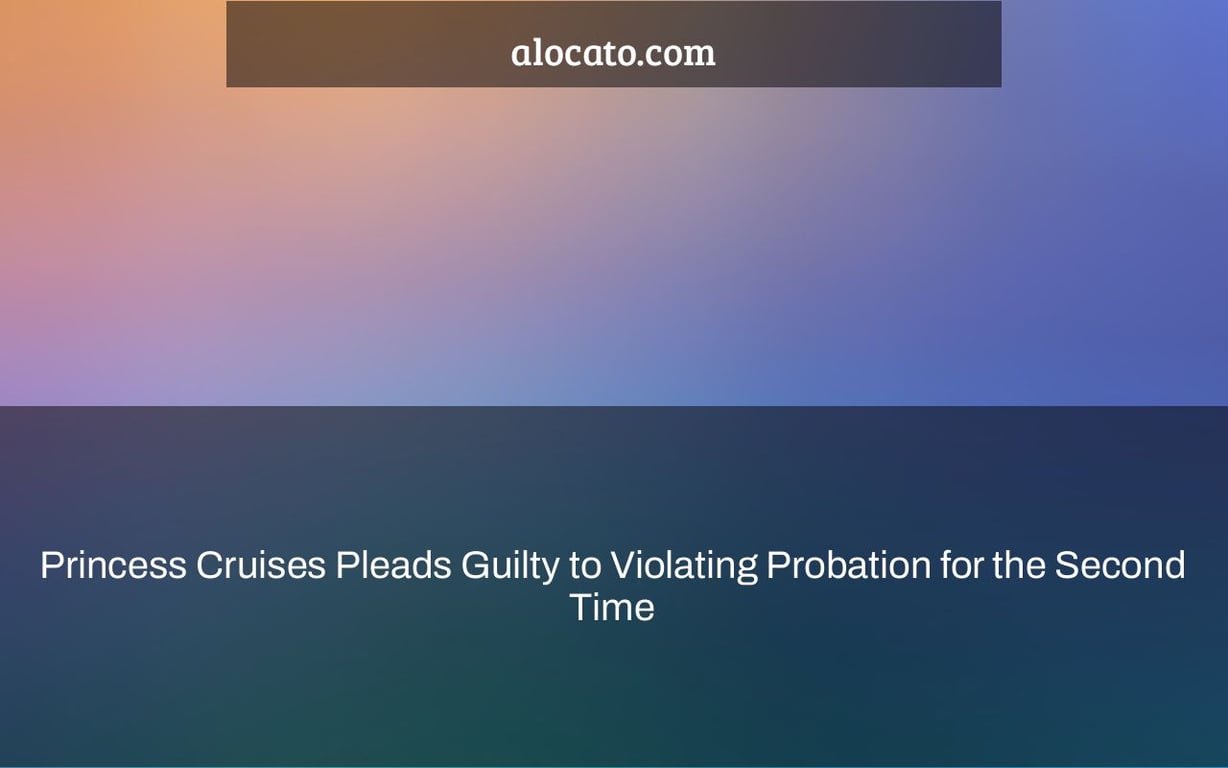 Princess Cruises, a subsidiary of Carnival Corporation, has pleaded guilty to a second probation violation in connection with the’magic pipe’ environmental lawsuit, which has so far cost the firm $60 million.

The offense stems from the company’s failure to create a court-ordered independent internal investigation office as part of its probation. As a consequence, the corporation accepted a plea bargain that cost them an additional $1 million.

Princess Cruises employed a’magic pipe’ to release oily waste from the ship into the water in 2013. To conceal the discharge, the cruise company fabricated papers. The US authorities penalized Princess Cruises $40 million in 2017 for unlawfully dumping filthy water into the ocean off the coast of England.

Two years ago, the corporation was deemed non-compliant with court orders for the first time, resulting in a $20 million punishment. It was declared non-compliant once again because it failed to set up and maintain an independent internal investigation office.

Princess Cruises has stated that internal investigators were not permitted to define the scope of their inquiries, and that management had influenced and delayed draft internal investigations. This resulted in a plea agreement between the Justice Department and Carnival Corporation, with the latter agreeing to pay a fine of $1 million.

“This case demonstrates the significance of addressing problems of corporate culture and structure, as well as the core causes of environmental non-compliance,” said Assistant Attorney General Todd Kim of the Justice Department’s Environment and Natural Resources Division. Carnival’s inability to prioritize compliance with court orders resulted in this major and continuing probation breach. I appreciate the court’s attention to this critical topic, as well as that of the Office of Probation, the court-appointed monitor, and the third-party auditor.”

Also read: Carnival Corp. Cruise Ships May Be Blocked From Docking in US Ports

The courts required all Carnival Corporation brands to submit an environmental compliance plan, which included audits by an independent third-party auditor and monitoring by a Court Appointed Monitor.

Carnival Corporation is working hard to improve its environmental image.

Carnival Corporation was recently accused of continually failing to follow the norms and regulations put out by the courts. In an October 2021 letter to U.S. District Court Judge Patricia A. Seitz, the court-appointed monitor concluded that the company’s continued failure “reflects a deeper barrier: a culture that seeks to minimize or avoid information that is negative, uncomfortable, or threatening to the company, including top leadership (i.e., the Board of Directors, C-Suite executives, and Brand Presidents/CEOs).”

Carnival Corporation owns the rights to this image.

The Justice Department’s decision comes at a time when Carnival Corporation is working hard to clean up its act. Several environmental initiatives have been established throughout the nine cruise lines that sail under the Carnival Corporation banner. It is also a leader in the business in terms of deploying a fleet of ships that run on low-emission LNG.

“The corporation is completely cooperating with the federal court and working in good faith during the term of probation to strengthen our internal investigations, which is the foundation of the violation,” a Carnival Corporation representative told the Miami Herald.

Carnival should also do an evaluation to ensure that independent investigators have enough resources. The company’s ability to fire the head of the “Incident Analysis Group,” which conducts internal investigations, will be limited.

Failure to meet the timeframes outlined in the plea agreement will result in penalty of $100,000 per day for the first ten days and $500,000 per day after that.

The “carnival cruise pollution” is a problem that has been present for a while. Princess Cruises plead guilty to violating probation for the second time.