Costa Magica, a luxury cruise liner that sails from Barcelona to Venice and Istanbul has offered accommodations for refugees fleeing the ongoing conflict in Ukraine. The company believes this gesture will help reestablish trust with its customers after it was forced to change destinations due to bad weather conditions. 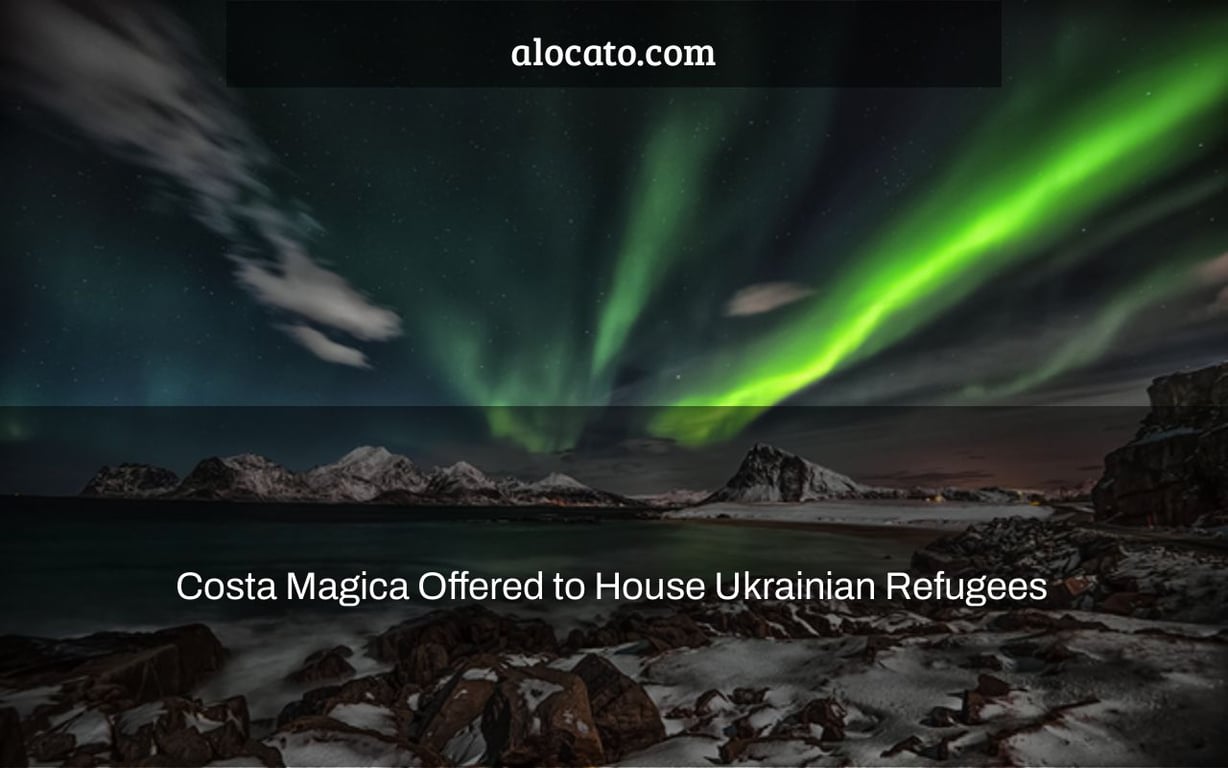 Costa Cruises has offered the Costa Magica as temporary shelter for refugees if required, in an attempt to assist the thousands of Ukrainians displaced by Russia’s continuous invasion of their nation. Because the Italian-flagged ship is now positioned off the coast of northern Italy, near La Spezia, the cruise company offered the ship to the Italian government for use.

Refugees from Ukraine might be housed on a cruise ship.

“Costa Cruises is following the tragic events in Ukraine with great worry,” the cruise company said in a statement. Our sympathies are with everyone who are affected, notably the families of our Ukrainian colleagues, who are understandably worried about their loved ones.”

“We have already supplied medical supplies and medications as an early response to the needs of those impacted by the war. We also suggested the Costa Magica to the Italian government as a possible temporary center for the reception of Ukrainian refugees if the number of arrivals in Italy increases in the coming weeks as a consequence of the ongoing war,” the statement said.

The Costa Magica is presently out of service, since passenger operations have yet to restart after the COVID-19 pandemic suspension. However, the ship is available, and Costa Cruises has said that the firm would pay the expenses of administering the ship, including crew and food, during the first period of refugee lodging.

Since the Russian invasion started on February 24, according to statistics from Italy’s Ministry of the Interior on March 23, 2022, the nation has received 65,350 refugees from Ukraine. The primary destinations for incoming refugees are Rome, Milan, Naples, and Bologna.

At double occupancy, the Costa Magica has a capacity of 2,718 people, with a maximum capacity of nearly 3,400 passengers if all berths are full. However, if certain staff rooms are used in an emergency, even more passengers might be accommodated onboard the ship.

Giovanni Toti, the Governor of the Liguria Region, expressed his appreciation to Costa Cruises, despite the fact that it is not yet essential to take advantage of the offer.

“Today, we examined Costa Cruises’ offer to lodge Ukrainian migrants on a cruise ship. The massive ship has significant operating expenses, and we’d have no idea where to put her. For the time being, the world of volunteering is sufficient to absorb the effect, but we appreciate Costa Cruises’ offer,” Toti remarked.

This generous gift isn’t the only thing cruise companies are doing to help Ukraine. Carnival Cruise Line and Carnival Corporation have generously given to relief efforts, and many cruise companies have offered assistance to Ukrainian and Russian crew members in order to keep them safe and in contact with their families.

Costa Magica will be leaving the fleet.

Costa Magica will be departing the Costa Cruises fleet shortly, whether or not it is utilized to shelter migrants. The ship will undergo drydock upgrades and be transferred to the Carnival Cruise Line fleet by mid-2022, according to Carnival Corporation, the parent company of Costa Cruises.

Costa Magica will be rebranded and given the new Carnival Cruise Line livery colors, which debuted with the new flagship, Mardi Gras, and are now being progressively disseminated out throughout the fleet. There have been no additional information concerning the drydock, nor has there been any word on when the ship will become the next Carnival Fun Ship.

It’s feasible that the drydock will be substantial, drastically altering the ship’s appearance and layout. Three additional Destiny-class ships in the Carnival fleet have undergone similar makeovers.