For the first time in history, there are no major barriers to air travel. Every day more people than ever before have access to worldwide markets and opportunities for tourism. What does this mean for airline CEOs? It means they’re going head-to-head with Congress over how much passengers should be charged.

The “airline news” is a story about airline CEOs sparring with Congress. The CEOs are asking for the government to allow them to raise fares and cut costs. 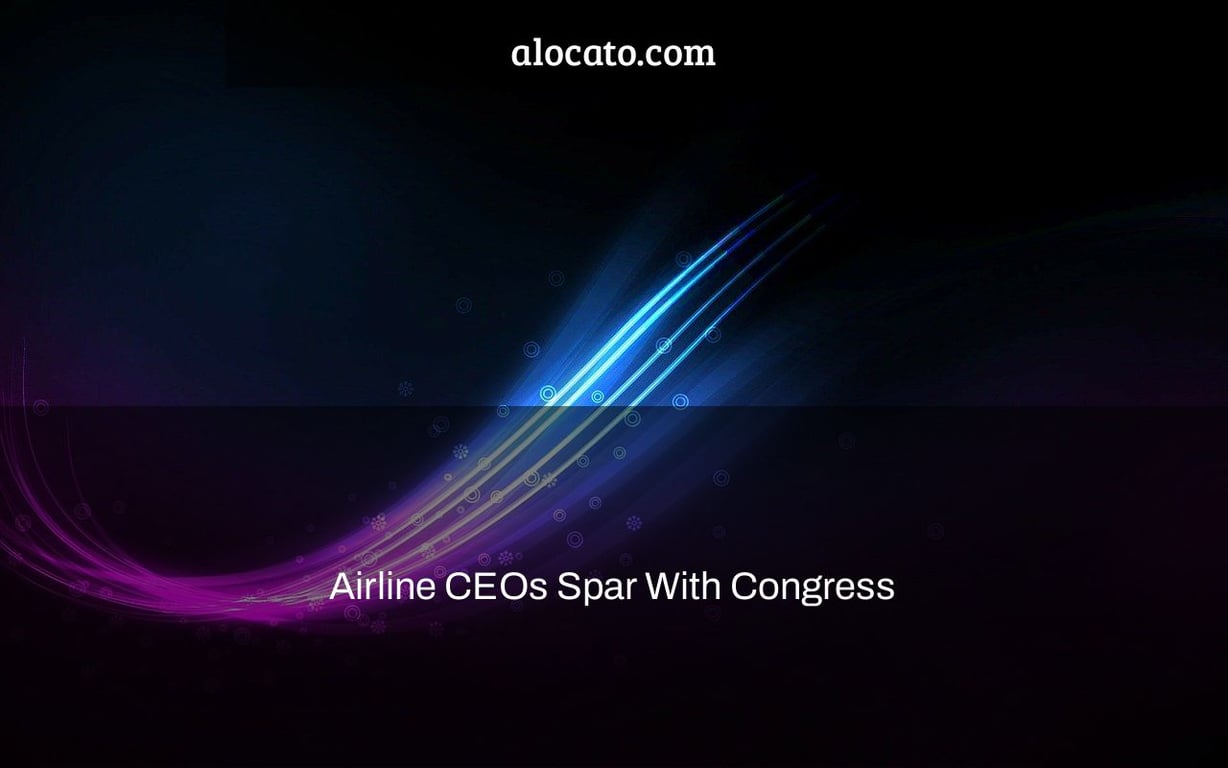 CEOs and other executives from the airline sector testified before Congress this week, as legislators sought answers to a number of issues.

The three-hour hearing, which included United Airlines CEO Scott Kirby, American Airlines CEO Doug Parker, Southwest Airlines CEO Gary Kelly, and Delta Chief of Operations John Laughter, was ostensibly held to question the airline industry on how it spent $54 billion in federal grants and loans for pandemic payroll relief and still had major staff shortages. During the spring, summer, and autumn, these shortages resulted in a slew of major delays and cancellations.

The session became tense at times, or “spicy,” as Yahoo Finance analyst Adam Shapiro described it in a video clip. The Senate Committee on Commerce, Science, and Transportation also looked at the federal mask requirement, employee vaccine mandates, alcohol on board airplanes, and even ancillary costs.

Flight Attendants Union International President Sara Nelson asked the committee to ban alcohol on flights at one point during the three-hour hearing, according to Shapiro, claiming that, in addition to the mask mandate, alcohol consumption has resulted in numerous physical and verbal altercations with flight crews. Sen. Ed Markey (D-Massachusetts), a vocal critic of airlines, said he would consider bringing the issue to the Department of Transportation’s attention.

Southwest’s Kelly questioned whether masks should be used on aircraft beyond the mandate’s March 18, 2022 deadline. Over the past year, the mandate has been extended many times.

“I believe there is a good argument to be made that masks contribute little, if anything, to the air cabin environment. Kelly testified that “it is highly safe and very high quality compared to any other indoor location,” citing the usage of HEPA filters and other virus-fighting technologies.

But Nelson quickly countered that not all planes have HEPA filters, and Sen. Markey said, “I’m shocked that some of the CEOs here today have suggested we don’t need masks mandates on planes,” adding that planes are still filled with unvaccinated adults and children under the age of five who are unable to receive the vaccine.

Doug Parker, the CEO of American Airlines, first agreed with Kelly, adding, “I concur,” but then changed his mind. Parker “did not mean to put doubt on the need of face masks on aircraft,” the airline claimed in a statement to the New York Post. We support the federal mask requirement, and masks are a key element of our commitment to keeping our customers and team members healthy and safe, as Doug said in his testimony.”

On Wednesday, December 15, the CEOs testified before a Senate committee. In a tragic and ironic twist, Southwest Airlines confirmed less than two days later that Kelly had contracted COVID-19.

“After returning home, experiencing moderate symptoms, and doing a PCR test, Gary tested positive for COVID-19 after returning home, experiencing mild symptoms, and conducting a PCR test,” a Southwest representative told CNBC. “Gary is doing well and is presently recuperating at home; he has been completely vaccinated and had the booster vaccine earlier this year.” Gary’s symptoms have remained minor, and he is getting closer to a complete recovery every day.”

Kirby, who was seated on Kelly’s left, Parker, and Laughter have all subsequently tested negative, according to CNBC. At the hearing, neither the airline executives nor the politicians wore masks.

In terms of the original intent of the testimony, all of the CEOs said that the government assistance was used just as it should have been.

“It’s no exaggeration to say that the program rescued the airline sector,” Parker said. “Congress and the administration recognized the airline business as crucial infrastructure that is as important to the economy as it is distinctive.”

“(The help was for) keeping personnel on staff,” Alaska Airlines CEO Ben Minicucci said in a written statement to CNBC. “It minimized the time that would have been necessary to educate individuals going back to work — an undertaking that takes months and considerable resources.”

Subscribe to the daily email for the most up-to-date travel news, information, and offers.